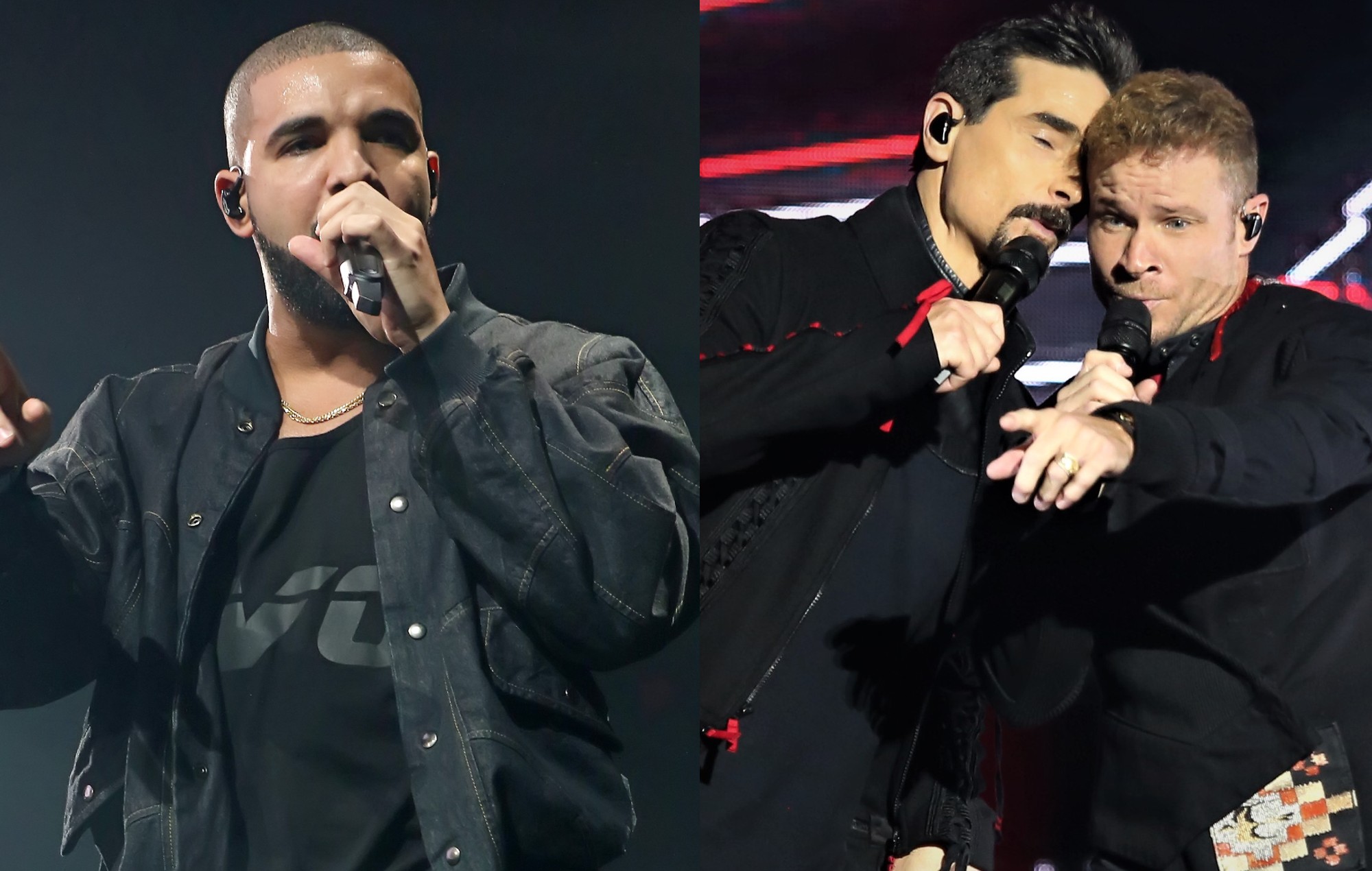 Drake made a special appearance during the Backstreet Boys‘ show on Saturday night (July 2), joining them for ‘I Want It That Way’.

The iconic boyband were performing in Drake’s hometown of Toronto where they brought the singer out for the classic 1999 hit, after introducing him as “the sixth member”. Watch footage from the concert below.

What’s better than I Want It That Way?

The outfit are currently on the North American leg of their ‘DNA’ world tour, which kicked off in April. They’ve still got another two months of North American shows to go before heading over to Europe and the UK for a run of shows throughout October and November.

The record was executive produced by Drake himself, Noah “40” Shebib, Oliver El-Khatib, Noel Cadastre and South African producer and DJ Black Coffee, whom Drake worked with on 2017 project ‘More Life’. It also featured production credits from DJ Carnage, aka Gordo, who worked on six of its 14 tracks.

NME awarded the album three stars in a review, calling it a “long-overdue career boost”.

“He doesn’t quite shift the latter as much as one would hope – the album is as tiresomely woe-is-me as anything he’s ever done – but the house sound has at least given him the creative boost that his recording career has been crying out for recently.”

The post Watch Drake join the Backstreet Boys onstage during ‘I Want It That Way’ appeared first on NME.