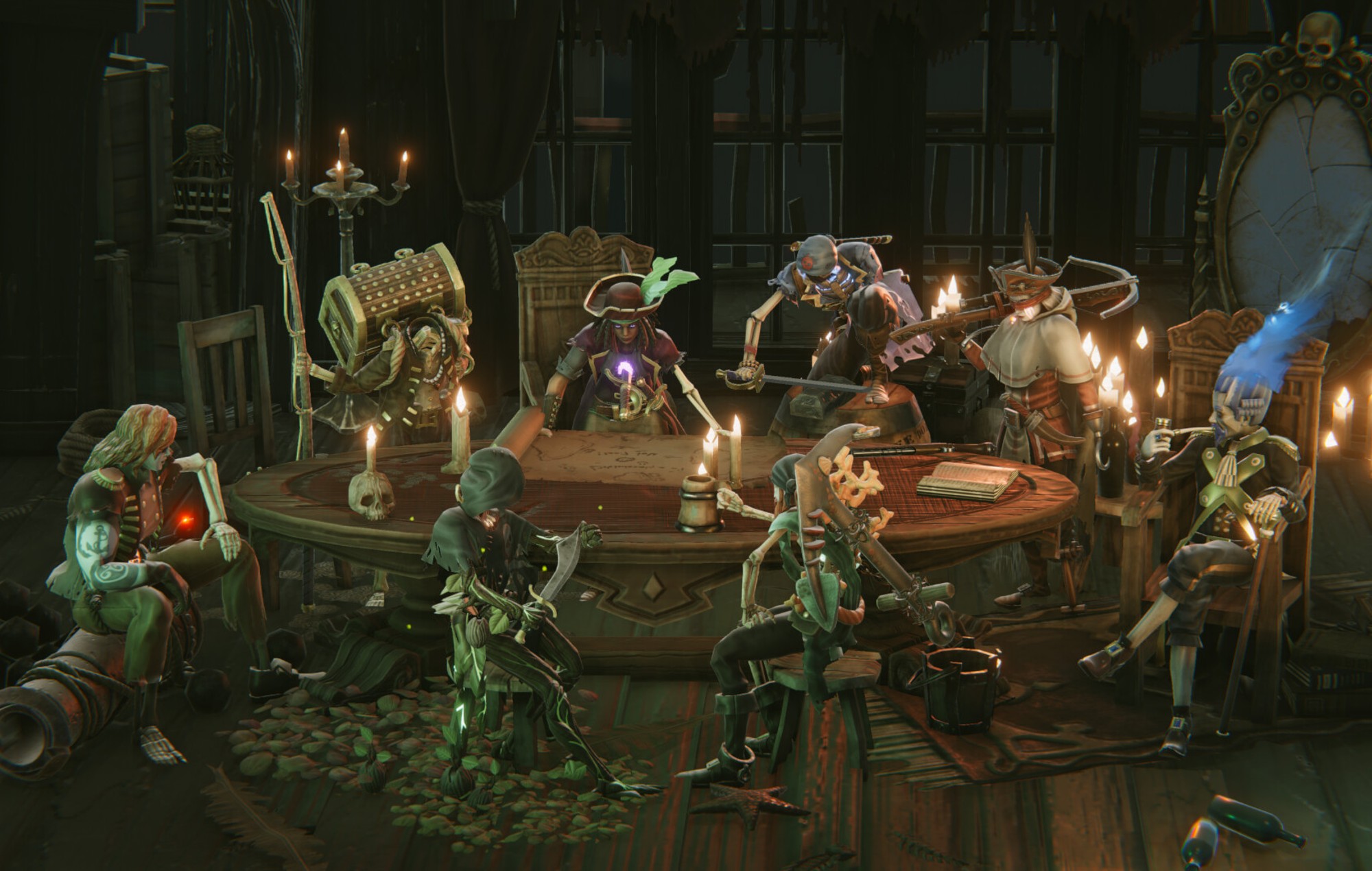 Mimimi Games, the team behind Desperados 3 and Shadow Tactics, has confirmed swashbuckling strategy game Shadow Gambit: The Cursed Crew – check out the first gameplay trailer below.

“Welcome to the Lost Caribbean” starts the description of Shadow Gambit: The Cursed Crew. “In this stealth strategy game, join a ghost ship with a living soul and assemble a cursed pirate crew. Embrace magical powers to defy the menacing army of the Inquisition, who stands between you and the mysterious treasure of the legendary Captain Mordechai.”

Shadow Gambit: The Cursed Crew is due for release at some point in 2023 and tasks players with assembling their own crew of pirates for The Red Marley. “Each of your eight shipmates is a playable character with an individual personality and armed with unique supernatural powers.”

“Pull-off an epic heist and salvage a mysterious treasure of otherworldly power to defy the army of the Inquisition. Infiltrate their fortresses. Sneak behind enemy lines. Cleverly combine the magical skills of your crew to take out a variety of enemies with carefully considered tactics. Feel like a brilliant mastermind when your plan clicks perfectly into place,” continues the Steam description. Wishlist it here.

Shadow Gambit: The Cursed Crew will be available on the Epic Games Store, Xbox Series X/S and PlayStation 5.

Speaking to PC Gamer, Mimimi Games’ communications lead Matthias Kraut said: “In our previous games that had a more realistic setting, we were super limited in what we could do in terms of the character skills, the mechanics and gameplay. But now with Shadow Gambit we go full fantasy and magic; this means we have ghost ships, a magical world, and cursed pirates with supernatural abilities, which gives us a lot of freedom to design meaningful, crazy new mechanics.”

In other news, Riot Games has confirmed that new content for League Of Legends and Teamfight Tactics has been delayed due to a social engineering attack.